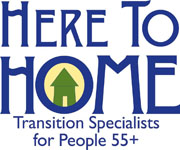 Serving the Triangle, Triad, and Foot Hills of NC

Since March 28th I have become comfortable with saying “I don’t know.” That phrase was almost a foreign phrase to me since, usually, I know. And if I don’t know, I know where to get the answer.

Since March 28th there have been hard questions with few easy, natural answers. I won’t bore you with the myriad of questions, but I will say that it has taken more than I could ever imagine to stand tall, be proud and say “I don’t know.”

But, as with many of my clients, I have now decided where to live. We are remaining in Hickory, NC.

When you decide to move, the question of where to live is complicated, isn’t it? So many choices. It was definite that we had to move from the manse this summer but to where? Really really where? I mean REALLY. Back to Philly? To Raleigh where my sister lived? Stay in Hickory where my family has community and the kids can stay in the same schools? To VA to be closer to my own aging parents?

Being “In Decision” I felt pulled in so many different directions. Being in the process of decision has torn me apart. I have felt like NC BBQ, puuuullllleeeeddd apart – the sinews and muscles separating from itself. But like BBQ, being pulled apart creates something good, eventually. I’ve simmered in my own juices and come out strong and tasty!

I think this process has given me a depth of strength to be with people who are making some of the most important decisions they can make. I know my clients feel pulled apart. I know they want to make the best decisions for everyone involved (family, spouses, etc). I know they are living “In Decision” and that decisions come hard after deep considerations.

Most importantly, I also know that there are few overtly wrong decisions we can make. If I had decided to live in VA or Philly or Durham, life would be different, but it would be the life I chose. I know that now that I have made this decision AND moved (during one of our busiest summers) that I can rest better at night knowing the decision is made. No one could make it for me. I had to go through the process.

I am glad we can be there for our clients as a support when they are in this process.